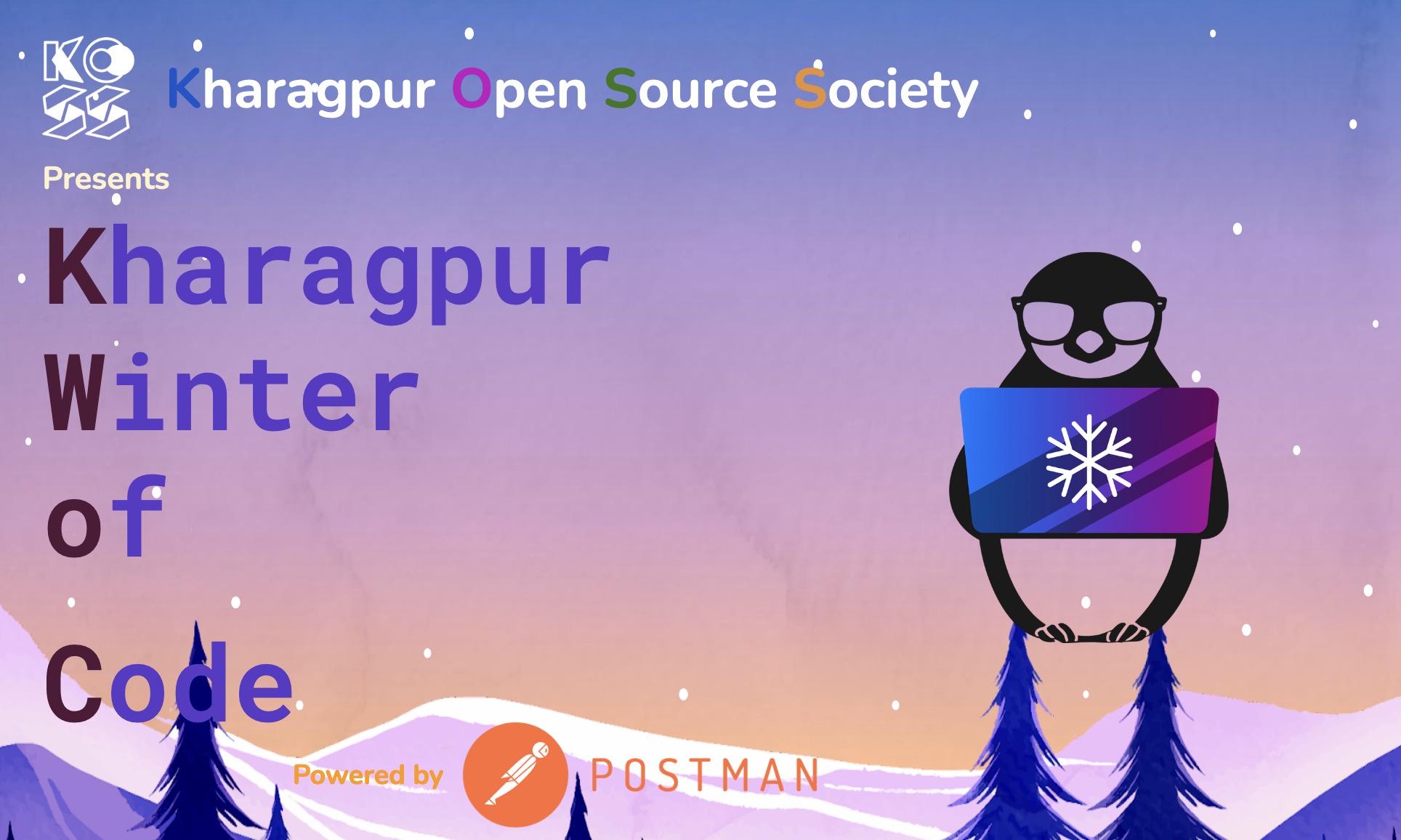 Kharagpur Winter of Code (KWoC), is a 5-week long event organised by Kharagpur Open Source Society, IIT KGP (KOSS) for students who are new to open-source software development where they contribute to real-world open-source projects. The program will not only help students to get involved in open source, but will also prepare them for many open source summer programs like Google Summer of Code. In 2021 alone, KWoC witnessed the participation of over 1200 participants who contributed to various projects in Web development, Android App development and NLP which cumulated to more than 5.2 Million lines of code changes.

Things you need to know: